They are starting to build again as property demand increases 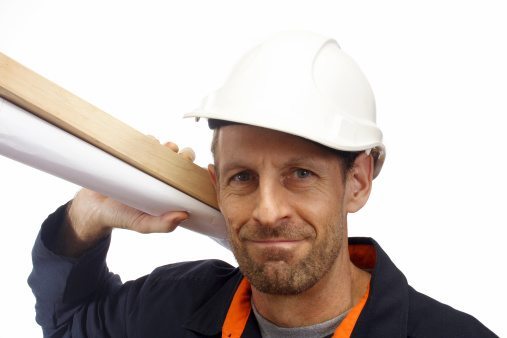 Spain’s construction sector has begun building new housing and commercial properties at a rate of pace not seen since 2007 as the economy and real estate market continues its encouraging recovery.

During the height of the economic boom the construction industry accounted for more than 10 per cent of Spain’s GDP, and although that figure has fallen to around just five per cent today, industry analysts have remarked that activity in the sector is picking up…

According to Reuters, investment in house-building has registered its first quarterly increase between the second and third quarters of this year – the first time this has happened since before the crisis.

The past few years have been barren for the Spanish construction industry. Estimates vary on the exact number of unsold new homes on the property market, but anywhere between 300,000 and 800,000 properties stand empty across Spain since the downturn hit in 2008.

Weak domestic demand meant many new properties have been hard to shift, with rising foreign demand largely focused on the popular areas such as the Costa del Sol where resale properties tend to be more in demand. However, Spanish buyers are returning to the property market, lured by lower prices and greater economic and employment prospects.

The lending environment has become stricter, however, as more and more banks have begun to cautiously release funds for development projects and mortgages. Collectively, Spain’s banks own more than €161 billion in homebuilder debt, and thousands of unsold or distressed properties.

The new criteria insists that developers must be able to show that half of the properties they intend to build have been sold off-plan before agreeing to finance the projects. Developers must also buy the land with their own funds and inject around 50 per cent of their own capital into building costs. Essentially, new building projects must no longer put the wider economy at risk, say lenders.

Additionally, banks are loosening their belts when it comes to mortgage lending, which is helping to grease the wheels of the resale property market in Spain. Figures from Reuters show that new mortgage approvals are currently around less than a tenth of the 127,233 signed in early 2006, but the numbers are rising,

“It is about a return to normal activity, it’s not a boom,” said Joan Bertran, head of real estate investment at Banco Sabadell. “The market was almost paralysed for seven years and now there is a backlog of demand.”

This website uses cookies to improve your experience while you navigate through the website. Out of these, the cookies that are categorized as necessary are stored on your browser as they are essential for the working of basic functionalities of the website. We also use third-party cookies that help us analyze and understand how you use this website. These cookies will be stored in your browser only with your consent. You also have the option to opt-out of these cookies. But opting out of some of these cookies may affect your browsing experience.
Necessary Always Enabled
Necessary cookies are absolutely essential for the website to function properly. This category only includes cookies that ensures basic functionalities and security features of the website. These cookies do not store any personal information.
Non-necessary
Any cookies that may not be particularly necessary for the website to function and is used specifically to collect user personal data via analytics, ads, other embedded contents are termed as non-necessary cookies. It is mandatory to procure user consent prior to running these cookies on your website.
SAVE & ACCEPT